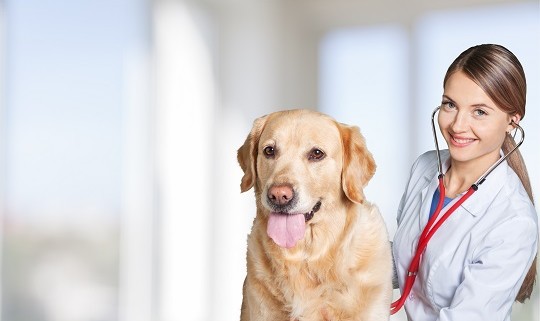 A customer asked us today about how long this cloud ‘trend’ was going to last, as ‘everyone is using the cloud buzzword these days’.

When the IBM PC was released it made news all around the world, but no one (except possibly Bill Gates) anticipated that one day we’d all have computers of our own or what a massive change the PC revolution would bring to the Western world.

The emergence of the Internet and of email during the early 1990’s also received lots of media attention. Those of us old enough to remember terms like ‘the information superhighway’ can only laugh as we remember how it was more like a bullock track, in the rain, than some kind of highway.  Oh how slowly we sipped those ones and zeros down our phone lines!

Despite all of the media attention during the 90’s, even some of tech’s biggest luminaries dismissed the Internet as a fad that would soon pass. Microsoft shunned all things Internet for years before Bill Gates, in 1995, finally realised that a tidal wave was coming and, overnight, changed the strategy and focus of his entire company. For an organisation the size of Microsoft it was a gargantuan pivot that few leaders other than Gates (the old school, ‘kick ass and take names’ Bill Gates, that is) would have been able to pull off.  It was a pivot that not only saved Microsoft (just in the nick of time), but also launched a second golden era for the software juggernaut – one that created hundreds of billions of dollars of value for its shareholders.

It would be another 10 years before any of us would begin to appreciate quite what impact this internet tidal wave would have on all of humanity.  Never before have we had access to so much information, or cat pictures, as is now at our disposal.  Further, the smartphone revolution has placed the infinite knowledge of the Internet in our hands wherever we are and whenever we want it.  This has not only given us something to do on the toilet – it has also meant that the very poor in places like China and India (many of whom have never even seen a computer) have access to the exact same information and cat pictures that we do.  The democratising effect of this information revolution will change the trajectory of the human race in ways we can’t yet contemplate (until we have the luxury of looking back on it, of course).

Around the turn of this century companies such as Salesforce.com realised that the Internet could be used as more than just a huge database.  They figured, correctly it turns out, that it could also be used as a cost effective delivery mechanism for applications.  Applications that users could access from anywhere, using any web-enabled device.  Cloud computing (more specifically, ‘software as a service’, or SaaS) was born.

The traditional software model of installable applications died about the same time.  Unfortunately the vendors of those legacy apps will be the last to realise.

Rod Drury recognised this and turned Xero into one of New Zealand’s most innovative and successful companies in an astonishingly short period of time.  MYOB didn’t and squandered their dominant market position.  A market position they’ll never regain, even though they have since ‘gone cloud’.

Google recognised this and turned themselves into not only one of the world’s largest companies, but also a verb.  You don’t get much cooler than that.

Steve Ballmer, successor to Bill Gates as CEO at Microsoft, certainly didn’t get the memo and he not only lost his job as a result, Microsoft lost their position at the top of the hill.  They’re now not only worth less than Google (by about a hundred billion dollars, give or take a few billion), but they also relinquished a market dominance that was as astonishing as it was stifling.  It doesn’t matter how good Nadella is from now on, they’ll never get back there.

MYOB and Microsoft are not alone.  In fact, most established software companies have still yet to realise that their legacy software product lines are dead.  They continue to pump vast resources into their flailing products in an ongoing effort to re-animate them and recapture past successes.  Many of them will tell you that ‘our products run on the cloud’ as they feebly host their legacy applications on behalf of customers, but the smell of death permeates.

These firms suffer from what’s known as the innovator’s dilemma, where previously great companies place too much emphasis on the status quo, allowing themselves to be blinded to technological shifts that eventually render them redundant.

Legacy software providers simply see software as a service as a method for delivering applications, but this misses the point entirely.

Yes, delivering apps over the web is extremely efficient and cost effective, but that’s only one part of the picture.

Instead of spending long months designing and deploying features that our customers may not want or need, we’re constantly releasing incremental improvements to Panacea and, most important, getting customer feedback from the second that these updates ship.

Rather than large, complex batches that are perennially late, over-budget and full of bugs, our software is delivered continuously in small, inoffensive, but effective, batches.  Each one making Panacea a little better than it was before.

This incremental approach (called ‘lean’ or ‘agile’) is a huge driver for innovation and customer satisfaction.

Unlike our legacy competitors, we are free to try all of the innovative ideas that we have, many of which come directly from our customers.  Some of these don’t make it past limited pilot testing and this is a good thing.  If our pilot customers think something is stupid then there’s a very good chance that the rest of our customers will think it’s stupid too, so we’re doing them a favour by not subjecting them to it.  Our competitors, on the other hand, only find out something is stupid once they’ve baked it into their products and shipped it to their customers.  This not only damages the customer relationship, but ties up valuable development resources as the vendor tries to make the new feature less stupid in subsequent releases.  With legacy software, removing features (no matter how stupid) is typically not an option once they’ve been rolled out.

When our ideas are great, which happens from time to time, we receive instant validation and, thanks to the power of the cloud, we are able to release these brilliant new features to all of our customers, around the world, in seconds.  We can then continue building on these winning features, making them more and more valuable to our customers over time.

This approach, based on small batch sizes, rapid deployment and instantaneous, continuous customer feedback, is what drives innovation in companies such as Salesforce.com, Xero and Panacea.

It is also why cloud software is more than just a fad and why the legacy software model is already dead.

Want to join the discussion?
Feel free to contribute!

10 Handy IT Tips for Vets
Scroll to top